Here Are The Updated SOPs For MCO, CMCO And RMCO Designated Locations In Malaysia 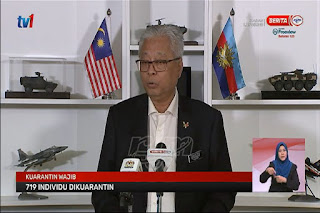 The following is the list of SOPs that will be made effective starting tomorrow, according to the minister: 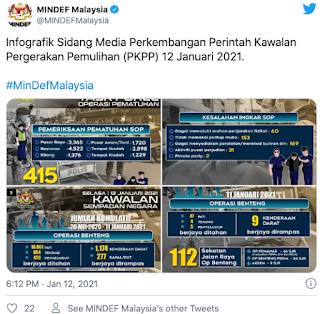 Ismail Sabri explained that the SOPs for CMCO locations will be mostly similar to those announced when it was first implemented in Malaysia back in October 2020. The following are the minor changes listed out by the minister earlier:

As for locations designated under RMCO, the minister explained that the SOPs will be the same as its first introduction in June last year. But with one major change, where interstate or domestic travel are no longer permitted. 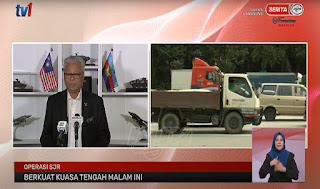 At this time, the respective movement control orders designated to various states across Malaysias will be in effect for a total of 14 days, as previously mentioned. Ismail Sabri noted that phases may change depending on the outcome after the initial duration. For instance; states under MCO will be shifted to CMCO and later RMCO status, should the situation improve over time. However, the reverse will be implemented if CMCO and RMCO areas see a rise in the number of infections.

A gentle reminder to all fellow Malaysians that the battle with the COVID-19 pandemic is still far from over, and it is our mutual goal to curb its spreading. So do stay at home, practice social distancing when outside, always sanitise and importantly, please stay safe.