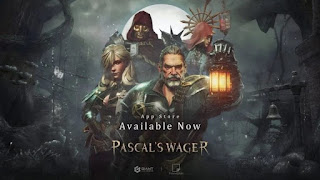 As mobile games become more sophisticated, sometimes there is a need to play them like you would a PC game. And one iOS game, called Pascal’s Wager, can now give you that experience. This is because it now supports both keyboard and mouse inputs.
Apple first announced support for keyboard, mouse and trackpad on iOS games back in WWDC 2020. There have been a number of games that have since started supporting keyboard inputs. But Pascal’s Wager is among the first, if not the very first, to support both keyboard and mouse.
Support for the peripheral input comes as part of the Pascal’s Wager 1.6.2 update. The catch is that it needs to be running on iOS 14 or iPadOS 14, or later, in order for the peripheral inputs to work. But if you meet all those conditions, you can potentially play the game as if you were using a PC.