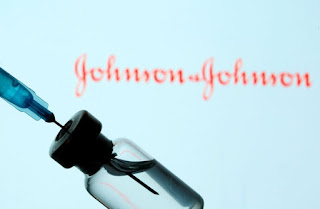 J&J scientists randomly assigned healthy adults between the ages of 18 and 55 and those 65 and older to receive a high or low dose of its vaccine — called Ad26.COV2.S — or a placebo. Some participants in the 18-to-55 age group were also selected to receive a second dose of the vaccine.Most of the volunteers produced detectable neutralizing antibodies, which researchers believe play an important role in defending cells against the virus, after 28 days, according to the trial data. By day 57, all volunteers had detectable antibodies, regardless of vaccine dose or age group, and remained stable for at least 71 days in the 18-to-55 age group.The most common side effects were fever, fatigue, headache, muscle aches and pain at the injection site, according to the trial data. Side effects were less common in the older age group, who received only one dose of the vaccine, as well as those who received a lower dose of the vaccine, according to the data.The phase one and two clinical trial data shows a single shot of the vaccine “gives sustainable antibodies,” Dr. Paul Stoffels, chief scientific officer at J&J, told CNBC’s Meg Tirrell in an interview. He added it gives the company “confidence” the vaccine will be highly effective against the virus.The trial tested 805 volunteers. The company is expected to release results from its 45,000-person phase three trial later this month. J&J is using the same technologies it used to develop its Ebola vaccine for its Covid-19 vaccine.U.S. officials and Wall Street analysts are eagerly anticipating the authorization of J&J’s vaccine, which could happen as early as next month. Public health officials and infectious disease experts say world leaders will need an array of drugs and vaccines to defeat the virus, which has killed at least 382,120 Americans since the beginning of the pandemic.If J&J’s vaccine is authorized by the Food and Drug Administration, it would be the third approved for use in the U.S. behind the Pfizer-BioNTech vaccine and Moderna’s. Pfizer’s vaccine was authorized on Dec. 11, and Moderna’s was authorized a week later on Dec. 18.The data comes as U.S. officials complain that the pace of vaccinations has been too slow as the supply of vaccine doses exceeds demand. The Centers for Disease Control and Prevention expanded Covid vaccine eligibility guidelines Tuesday to include people 65 and older as well as people with preexisting conditions. The government is also changing the way it allocates Covid vaccine doses, now basing it on how quickly states can administer shots and the size of their elderly population.The Trump administration will also stop holding back millions of doses reserved for the second round of shots of Pfizer’s and Moderna’s two-dose vaccines, the official said, adding they’ve released doses that were being held in reserve on Sunday. President-elect Joe Biden’s transition team announced a similar plan Friday.Unlike Pfizer’s and Moderna’s authorized vaccines, which require two doses about three to four weeks apart, J&J’s requires only one dose. That means patients will not have to come back for another dose, simplifying logistics for health-care providers.The Department of Health and Human Services announced in August that it reached a deal with Janssen, J&J’s pharmaceutical subsidiary, worth approximately $1 billion for 100 million doses of its vaccine. The deal gives the federal government the option to order an additional 200 million doses, according to the announcement.Stoffels said the company plans to ship the vaccine at 2 to 8 degrees Celsius, which is about 36 to 46 degrees Fahrenheit.“We have three months stability as of this moment at 2 to 8,” he said. “That will be expanded over the year as we generate more stability data. We know from our other vaccines it can go up to a year, but at the start we can’t do that because we don’t have it for this vaccine.”
at January 16, 2021
Email ThisBlogThis!Share to TwitterShare to FacebookShare to Pinterest