JLab JBuds Frames Are Headphones That You Clip Onto Glasses 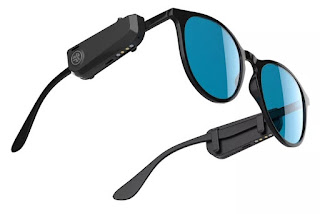 The idea of headphones integrated into glasses isn’t a new one. But the JLab JBuds Frames isn’t that. Instead, it is a pair of headphones, or indeed speakers, that you can attach to standard glasses.
The JLab JBuds Frames are the sort of in-between of TWS headphones and headphones built into glasses. You clip them on to the temple of your glasses, with the speaker portion firing downwards into your ear. The result is sort of the best of both worlds.
Of course, it comes with the drawbacks of both too. The JLab JBuds Frames modules look pretty large, which will make the temples of your glasses much larger than if it were to be integrated. Being speakers firing into your ears rather than earbuds or using bone conduction, there’s bound to be leakage. Though the company claims that your tracks won’t be heard by those close by. A bold claim considering the nature of these headphones. 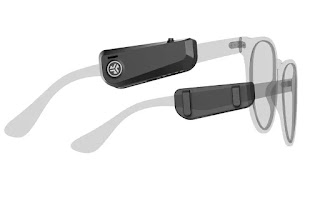 At any rate, the JBuds Frames come with 16mm drivers on each side. They are also IPX4 rated for water resistance. And it has a battery life of over eight hours. They charge via magnetic points on the provided cable.

The JLab JBuds Frames are slated to be released in early spring, which means the end of March at its earliest. It’s priced at US$50 (~RM202), which is actually quite affordable, considering the prices of TWS buds these days. That being said, it remains to be seen if these will be made available on our shores.