LG Has A Bendable OLED Monitor To Showcase During CES 2021 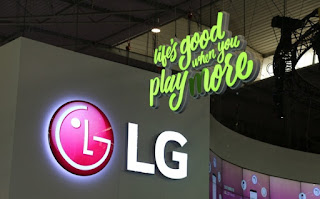 While other tech companies are working on foldable phones, LG seems to have its focus on the bigger screens. Last year the company launched its Signature OLED R rollable TV. And it looks like it also has a “bendable” OLED gaming monitor to showcase in the upcoming CES 2021.
Engadget reports that the LG monitor in question is a 48-inch 4K “Bendable CSO (Cinematic Sound OLED) display”. It’s basically a screen that can transform between your usual flat panel display to a curved one. The curve itself can go up to 1000mm radius, and this is done with the press of a button. And it can support refresh rates of between 40Hz and 120Hz. 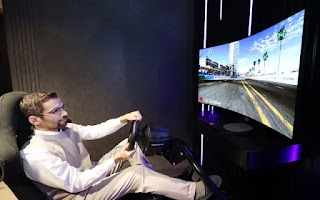 So what about that Cinematic Sound bit of the LG bendable monitor mentioned earlier? According to the report, this is a 0.6mm film exciter underneath the display. And this turns the whole OLED panel into a speaker. This sounds quite similar to the tech found in the Sony Bravia A1 TVs from back in 2017.

Technically speaking, it sounds pretty impressive. But on the flip side, it sounds like it will cost a pretty penny once it becomes available in the market. And LG is likely to announce those details a while after CES 2021 itself.

at January 03, 2021
Email ThisBlogThis!Share to TwitterShare to FacebookShare to Pinterest
Labels: LG