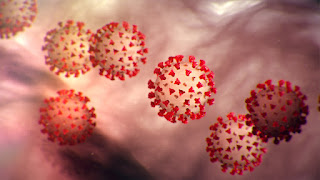 Discovery made after researchers in Milan review blood tests taken in late 2019 from group of children initially thought to have contracted measlesFindings ‘advance the beginning of the outbreak to late autumn 2019’, lead scientist saysThe matching coronavirus sample was collected in Milan late last year.Scientists in Italy have identified a sample of the novel coronavirus collected from a young boy late last year that they say is genetically identical to the earliest strain isolated in the Chinese city of Wuhan almost a year ago.The sample was collected on December 5, 2019 in Milan from a boy who was first thought to have contracted measles, according to the researchers from the University of Milan.It was a “100 per cent match” of a genome segment of the first Sars-CoV-2 viral strain collected from a seafood market worker in Wuhan on December 26, they said.“These findings, in agreement with other evidence of early Covid-19 spread in Europe, advance the beginning of the outbreak to late autumn 2019,” said the team led by Professor Elisabetta Tanzi.The study was published on Wednesday in Emerging Infectious Diseases, a peer-reviewed journal produced by the United States Centres for Disease Control and Prevention (CDC).The report adds to the argument that the deadly virus might not have originated in China.Covid-19 pandemic: in-depth analysis one year after Wuhan22 Dec 2020Sewage samples collected in Europe and South America before the start of the outbreak have tested positive for the pathogen, while antibodies that bind specifically to the coronavirus were found in blood samples taken from Italian lung cancer patients as early as September last year.Also, according to the CDC, the start of the 2019 winter flu season was the earliest for more than 15 years.

at January 03, 2021
Email ThisBlogThis!Share to TwitterShare to FacebookShare to Pinterest