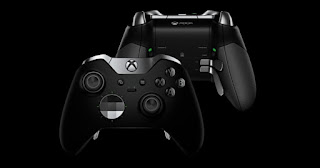 A US judge recently threw a wrench into Microsoft’s legal gears, when they blocked the latter’s request to have its case regarding drifting Xbox controllers taken out of the courtroom.
To provide some context, back in April 2020, some consumers filed a lawsuit against Microsoft, alleging that their Xbox controllers were flawed; the controllers were incorrectly registering movements due to wear and tear. While such issues with gamepads aren’t uncommon, the Xbox controller’s issue gain prominence after a large number of Xbox owners – all with the same drifting issue – began complaining about it.
According to VGC, Microsoft argued that entities involved in the lawsuit had agreed to settle their dispute about the controller’s issue via arbitration, something they agreed to the company’s boilerplate Services Agreement when they signed into their Xbox Live accounts or simply purchasing their controllers.

The Washington Court judge outright denied Microsoft’s request, partly due in part to the plaintiffs of the case being minors, and that factor alone would void any sort of agreements Microsoft’s Service Agreement had.

At the time of writing, owners of affected Xbox controllers are not only seeking monetary compensation, but they’re also seeking a public injunction against Microsoft, requiring them to inform all Xbox controller owners about the drifting defect in them.

at January 16, 2021
Email ThisBlogThis!Share to TwitterShare to FacebookShare to Pinterest
Labels: Blocked byJudge, Microsoft, Out of Court, Xbox Controller