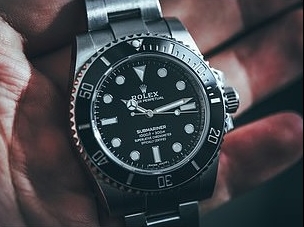 Kardashian family 'splash out $300k on 30 ROLEX watches to thank the KUWTK crew' after filming the final episode following 20 seasonsThe Kardashian family splashed out a staggering $300,000 on 30 Rolex watches to thank the Keeping Up With The Kardashians crew for their hard work after 15 years on screen.Kourtney, 41, Kim, 40, Khloe, 36, and momager Kris, 65, are said to have surprised the team with the luxury timepieces after filming came to an end on Friday night following 20 seasons.The siblings and their mother 'thanked everyone with speeches and sent well-wishes after the show wrapped' while loyal crew members said they had stayed on the show for so long because it was 'fun working with the family'.TMZ also claimed the Rolex watches caused 'a lot more tears, excitement and thanks'.
at January 16, 2021
Email ThisBlogThis!Share to TwitterShare to FacebookShare to Pinterest
Labels: 30Rolexwatches, Family, Kardashian, Spent