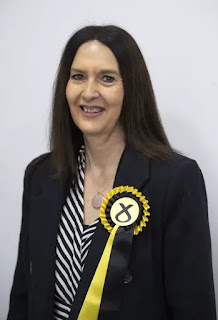 MARGARET Ferrier has been charged over her alleged train journey between London and Glasgow while infected with coronavirus.The MP, 60, has been arrested and charged with alleged culpable and reckless conduct.Ferrier is accused of making a return train journey between the two cities on parliamentary business while infected with Covid-19 in September.It's alleged she travelled to Westminster while awaiting a Covid test. She spoke in parliament, and then returned to Glasgow after her test came back as positive.She's also accused of visiting a gym, beauty salon and a gift shop in Lanarkshire while waiting for the results.The MP was suspended by the SNP at the time, and faced calls from rivals and colleagues to resign.Party leader and First Minister Nicola Sturgeon even urged her friend to "do the right thing" and quit - but insisted she didn't have the power to sack her.Ms Ferrier publicly apologised and said having the virus made her "act out of character", but stuck to her guns and refused to quit her Westminster job. She returned to parliament after self-isolating.Cops say the arrest follows a "thorough investigation" into the alleged breach of coronavirus rules.The MP for Rutherglen and Hamilton West handed herself in to Coatbridge police station today.A report is being sent to the procurator fiscal.A Police Scotland spokesperson said: “We can confirm that officers today arrested and charged a 60-year-old woman in connection with alleged culpable and reckless conduct.“This follows a thorough investigation by Police Scotland into an alleged breach of coronavirus regulations between 26 and 29 September 2020.“A report will be sent to the procurator fiscal and we are unable to comment further.”
at January 04, 2021
Email ThisBlogThis!Share to TwitterShare to FacebookShare to Pinterest