Mydin owner is not a believer in online shopping 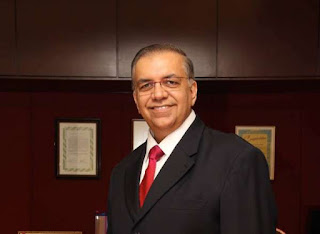 The owner of one of the country’s leading retailers does not believe that e-commerce is the way forward for doing business in the face of restrictions due to the pandemic, saying it does not offer alternatives for economic activities as do brick and mortar stores.Ameer Ali Mydin, who owns the Mydin hypermarket chain, said not only does e-commerce constitute a small part of economic activity, it does not benefit local players.“What goes with e-commerce is not the same as what goes with the brick and mortar retail business. When you go shopping, you walk around, you go for a drink, you take a cab. The whole supply chains move,” Ameer, who is also the vice-president of the Malaysia Retail Association, told business radio BFM today.He said e-commerce in Malaysia at the moment only benefits “two multinational foreign suppliers”.“I don’t like to mention them, but they are the only ones who are making money out of everybody else. They charge 30% for food and beverage delivery. Minting money!“What are we doing? Support and support. We are supporting the wrong people. The locals are dying,” he added.Ameer also suggested that there is a great deal of hype about e-commerce bringing down costs for end customers.“Consumers might not be aware, but they are paying for everything anyway. They think if you get this coin and that coin, you are getting it for much cheaper but seriously you’re not,” he said, adding that online promotions are misleading.“Brick and mortar is always the cheapest. In the long term, it is definitely better for the economy.”Meanwhile, Ameer, who heads the Bumiputera Retailers Organisation, flatly dismissed any notion that Bumiputera businessmen could survive the current business climate.“Dying is the wrong word. I think they are all dead,” he said.He scoffed at stories of individuals who had lost jobs during the pandemic moving to new businesses.“Remember when a pilot sells burgers, he is taking business away from another burger seller.”Ameer also called for more clarity from the government on the do’s and don’ts for businesses during the movement control order.He said it would be better for the government to list businesses that are prohibited from operating instead of the other way around.“The government should only come up with a negative list.“There’s no way the government can come out and say what can open. There’s so many types of businesses out there.“Just say,what cannot (open). That will be easier. And let everything else open, but with very strict SOPs,” said Ameer.
at January 26, 2021
Email ThisBlogThis!Share to TwitterShare to FacebookShare to Pinterest
Labels: Mydin