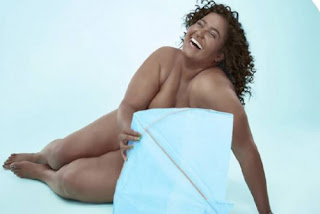 Kabir Singh Actress Vanita Kharat on Body Positivity: I Get Roles of Mom, Aunt or Maid Mostly
Actress Vanita Kharat has been making headlines ever since she posed in the buff to promote body positivity. The Marathi actress is best known in the Hindi film industry for playing the role of Shahid Kapoor's house help in the 2019 film Kabir Singh. The actress has now opened up on the idea behind the shoot and the reaction she's received.Vanita said that through the shoot they wanted to promote the idea that we are all beautiful and no one should be defined by his/her size. "Why should an overweight girl be conscious about her looks and clothes? I have seen even men being very bothered if they are overweight, but women are in the majority. The photoshoot is our way of contributing to the body positivity movement," she told ETimes.She added, "Some questioned my motive behind shooting in the buff and the only thing I have to tell them is that this is the form we are born in, so what's vulgar about it?"Talking about whether she has ever faced any bias in the industry, Vanita said, "I can't speak for others but I get offers to play a mom, aunt, or maid. But that's a problem with the industry. Body positivity movement and industry requirements should not be confused."Kabir Singh was criticised for being a misogynistic film, but Vanita says it should be treated as just a movie. "Shahid Kapoor was just a character who behaved in a certain way in the story. Why was it put under the scanner the way it was? 'Kabir Singh' was just a movie," she said.
at January 08, 2021
Email ThisBlogThis!Share to TwitterShare to FacebookShare to Pinterest