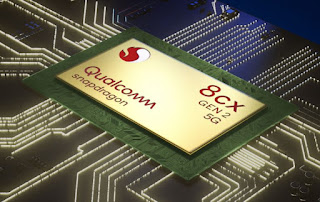 Qualcomm is rumoured to be working on a new high-end ARM SoC that will serve as the successor to the Snapdragon 8cx. Even more interesting is the fact that the semiconductor company is hoping that its new chipset will give Apple’s M1 chipset a run for its money.
According to a report by the German site, WinFuture, the high-end Qualcomm chipset goes by the name SC8280, which were certain is not going to be the final name. Further, the site reports that the developer’s platforms used in testing showed several variants of the chipset, including one using 8GB LPDDR5 RAM and another with 32GB LPDDR4X RAM. 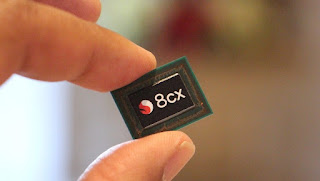 WinFuture also says that the SC8280 will be 20 x 17mm in size, which hints at the possibility of the chipset housing more than eight cores, which would technically make it the first such chipset for the chipmaker. Sadly, there are no specific details as to what kind of clockspeeds we can expect, either base or maximum. On that note, we also don’t know if Qualcomm intends on utilising ARM’s Cortex-X1 cores or Cortex-A78C, or perhaps a combination of both.

As to when we can expect to see the Qualcomm Snapdragon SC8280 SoC, the company has yet to provide an official release date. That said, there is the possibility that it launches in one of Microsoft’s next-generation Surface devices.

at January 17, 2021
Email ThisBlogThis!Share to TwitterShare to FacebookShare to Pinterest
Labels: Qualcomm, Working on High-End Snapdragon