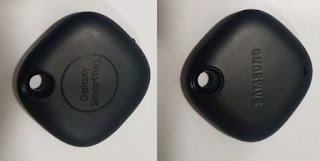 Aside from teasing new foldables and enhanced camera as well as video capabilities for 2021 Galaxy devices, the editorial piece by the Head of Samsung Mobile, Dr TM Roh also mentioned an unknown product that would “quickly locate the things that matter most,”. Many have speculated that it was a reference to a new accessory that would be launched alongside the new Galaxy S21 Series later this month.

Based on the recent images listed by the National Communications Commission (NCC) of Taiwan, looks like the device will be called Samsung Galaxy SmartTag. Prior to the listing by the Taiwanese regulatory body, the Galaxy SmartTag name, as well as its schematics, have also been published by South Korea’s National Radio Research Agency (NRAA). 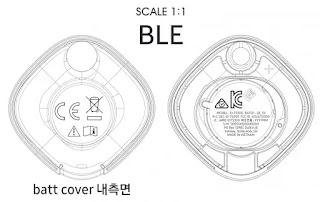 While NCC apparently didn’t reveal any details regarding the Bluetooth-based tracker, NRAA database did mention that it is running on a 3V CR2032 button cell battery. The Galaxy SmartTag has also been listed by the Indonesian authority back in November but we couldn’t find it inside the database of SIRIM at the moment.

This does not mean that it will not be released in Malaysia though since it is quite possible that the device is going through the certification process for our market, as we speak. So, do keep a look for further updates once we find more information about the new tracker especially if Samsung decide to bring it over to our market.