Samsung One UI 3.0 Rolls Out To Galaxy S20 FE And Galaxy Note20 Series In Malaysia 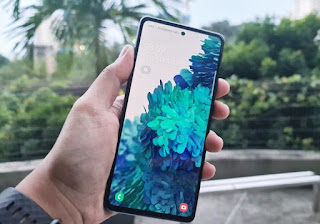 Samsung has recently released its One UI 3.0 update to its newer flagships including the Galaxy S20 FE, and Galaxy Note 20 series. As previously reported, the update had initially rolled out for the original Galaxy S20 series back in early December 2020. On top of introducing the new Android 11 system, the company has also included various improvements in terms of interface, features and also security.
According to the patch notes from Samsung, One UI 3.0 brings smoother motion with improved animations for its interface, and now includes haptic feedback for common interactions. Dynamic Lock Screen now includes new image categories, a widget to check your usage time, and improvements on Always On Display as well as Lock screen customisation. 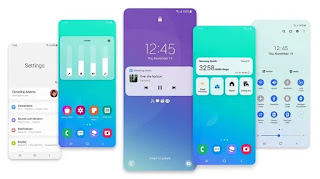 Other than that, Samsung Internet web browser now allows users to reorder and lock tabs, add specific widgets on the Home screen by touching and holding a corresponding app, a cleaner and more customisable Quick Settings panel, and much more. Another important change is that Chromecasting to a compatible device from your phone will no longer be done through Smart View, but now through Google Home. 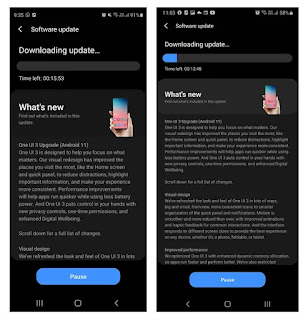 Samsung noted that One UI 3.0 comes with enhanced dynamic memory allocation which allows apps to run and perform better, and activities that are running in the background have been restricted in order to provide a better experience and efficient power consumption. Also included are camera software improvements where autofocus and auto exposure are now quicker, and users can now revert edited pictures back to their original versions at any time in Gallery, even after they’re saved. 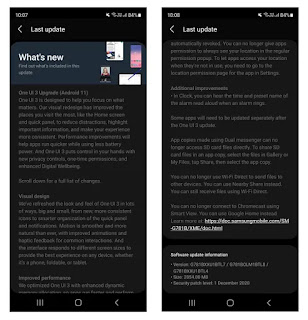 The Samsung One UI 3.0 update is available now for all users of the Galaxy S20 FE and Note20 Series in Malaysia. If you’ve not been notified of the patch, you can manually check and download the update by navigating to Settings, Software Update and then tap Download and Install.
at January 02, 2021
Email ThisBlogThis!Share to TwitterShare to FacebookShare to Pinterest
Labels: Galaxy Note20, Galaxy S20, Samsung