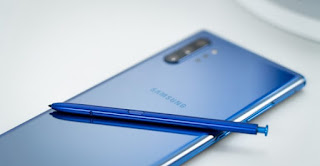 Samsung has begun rolling out its Android 11-based One UI 3.0 update to a variety of its flagships starting with the Galaxy S20 series, as previously reported. Following the Galaxy S20 FE and Galaxy Note20 smartphones that recently received the upgrade last week, the latest device in that list now includes the Galaxy Note 10 series.
Thanks to a tip by Twitter user Seow Tze Chian aka @seowtc, it is confirmed that Samsung’s Android 11 upgrade for the aforementioned smartphones is now available in Malaysia. According to sources that have reported the new One UI 3.0’s release in countries such as South Korea and Indonesia, the patch file itself is expected to be approximately 2GB in size – so a WiFi connection is advised if you wish to download it for your Note 10 device.

Like on the other Samsung flagships before this, the new update brings forth numerous improvements in terms of visuals, function, and security to the 2019 handset. These include new chat bubbles for the Samsung Messages app, a conversations section in the notification shade, tweaks to the onboard keyboard interface, and one-time permissions for applications.

As for other Samsung smartphone models to receive One UI 3.0 in Malaysia, the next likely candidate is expected to be the Galaxy S10 series. According to a report by Android Police, the update had rolled out to the Galaxy S10 Lite in India on 1 January 2021, which indicates that a local release may also be arriving soon in the coming days or weeks.