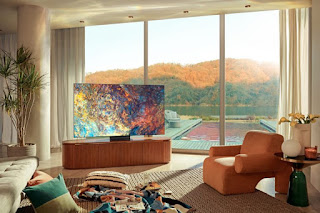 During its First Look event that was live streamed earlier, Samsung has unveiled new technologies and new products to make home entertainment more enjoyable and even eco-friendly. Among these include the introduction of its Neo QLED TV line-up that promises to offer a rich and immersive visual experience.
The new Samsung Neo QLED TVs consist of two flagship models, the 8K QN900A and 4K QN90A. Both of which feature sleek design and form factor, as well as the new Infinity One Design that provides a “nearly bezel-less screen” for a more immersive viewing experience. 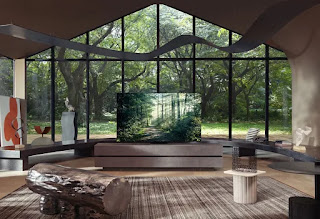 According to the company, the TVs feature Quantum Mini LEDs to project crisp images with better contrast and less blooming on screen. Each of these LEDs are 1/40 the height of conventional ones, and are controlled by Quantum Matrix Technology as well as Samsung’s Neo Quantum Processor. The technology is also capable of increasing the luminance scale to 12-but with 4096 steps to enhance HDR experiences, which makes dark areas darker and bright areas brighter.
Samsung added that the onboard processor includes 16 different neural network models, each trained in AI upscaling and deep learning technology. This allows it to optimise picture quality to 4K and 8K output regardless of the original input quality. 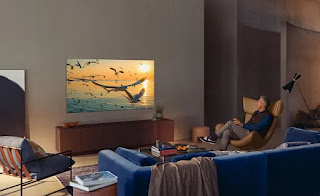 Audio-wise, the Neo QLED 8K particularly comes with several premium, room-filling audio features such as Object Tracking Sound (OTS) Pro and SpaceFit Sound. The first allows for dynamic sound output that corresponds to the movement of objects on screen, while the second is capable of analysing the physical environment around the TV and output immersive surround sound accordingly.

Other than that, both of the newly introduced TVs also include a variety of smart features that further enhance the user’s experience. Some of the highlights include the new Super Ultrawide GameView which allows images to be displayed in 21:9 and 32:9 aspect ratios, FreeSync Premium Pro for minimising screen tearing and stuttering, and PC on TV that allows for remote access to the user’s home or office PC directly from their TV screens. 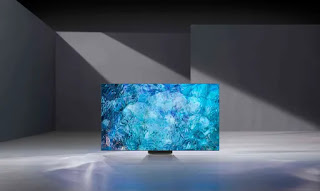 With the aid of an optional USB camera for the TVs, users can track their home workouts via the new Smart Trainer app on Samsung Health, which is capable of counting reps, providing feedback on form, and displaying post-workout results. The new camera accessory can be utilised for video conference calls through Google Duo, and is also capable of tracking and zooming to users in order to maintain focus.

Samsung did not reveal the pricing or availability for the newly introduced Neo QLED TV models at this time. The same can be said for any detailed specifications for either products.