Dell Unveils A Gigantic 40-Inch Curved 4K Monitor; To Be Available In Malaysia For RM 6809 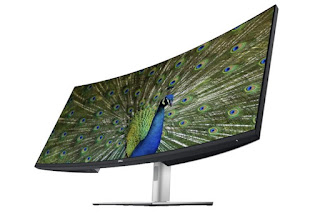 Even though CES may not be taking place physically in Las Vegas this year but the show is still on. Just that the show is now taking place online and plenty of brands have begun to unveil its CES 2021’s products including Dell.
Just like previous years, Dell has a long list of products that it has prepped up for the event. One of them is this gigantic UltraSharp 40 Curved WUHD Monitor which, as you might be able to guess from its name, has a 40-inch screen.
With a native resolution of 5120 x 2160, the new monitor that is also known via its model name U4021QW has a curvature rating of 2500R. Its IPS panel also has colour gamut coverage of 100% for sRGB and 98% for DCI-P3 as well as a response time of between 5ms to 8ms.

Aside from being gigantic, the U4021QW also has plenty of built-in I/O ports including Thunderbolt 3, Ethernet RJ45, DisplayPort 1.4 and HDMI 2.0. Furthermore, the monitor’s USB-A and USB-C ports are able to support data transfer rate of up to 10Gbps under the USB 3.2 Gen2 standard. 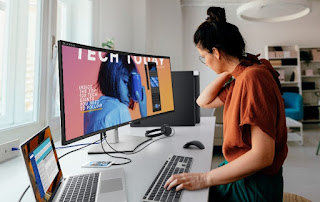 Meanwhile, the exact release date for the new Dell Ultrasharp 40 Curved WUHD Monitor U4021QW in Malaysia is not yet known at the moment. However, Dell has stated that it will be priced at RM 6809 once it is made available in our market later this month.