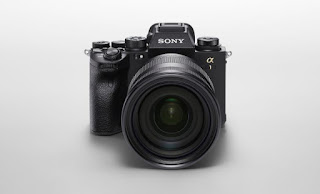 Much to everyone’s surprise, the new camera that was originally teased by Sony to launch yesterday was not a successor or variant to its A9 series but a brand new flagship altogether. Meet the Alpha 1 (A1), the company’s latest professional full-frame mirrorless shooter that is equipped with a large sensor and features 8K video recording capability.
The camera comes with a 50.1MP full-frame stacked Exmor RS CMOS sensor and new Bionz XR processor. It supports an ISO range of 100 to 32,000, and offers over 15 stops of dynamic range for videos and stills. The A1 is able to shoot full resolution RAW photos at 30 frames per second, and its large buffer allows for 155 compressed RAW or 165 JPEG images. Sony claims that the onboard hardware enables the camera to do 120 autofocus (AF) and auto exposure (AE) calculations per second, with an AE response latency as low as 0.033 seconds. 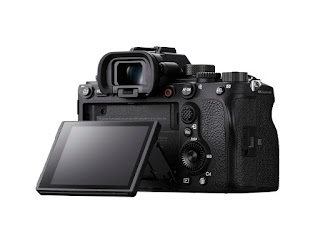 Its autofocus system features 759 phase detection points and real-time eye tracking AF for both human and animal subjects. Sony says that it has significantly improved the eye tracking algorithm on the A1, which now is able to track and maintain focus on birds – even when they suddenly take flight.

The camera also comes with an improved electronic shutter with 1.5x less rolling, enabling it to offer anti-flicker continuous shooting under any lighting condition. It is also able to sync up to 1/200 of a second with flash, and 1/400 of a second via mechanical shutter. The latter is made possible thanks to a new onboard lightweight carbon fiber shutter curtain and dual driven shutter system.

To further complement the AF and shutter performance on the Sony A1 is a built-in 5-axis stabiliser with 5.5Ev of compensation (CIPA). The camera also saves gyro data for post production stabilisation editing, which can be imported to the Sony Catalyst Browse software. 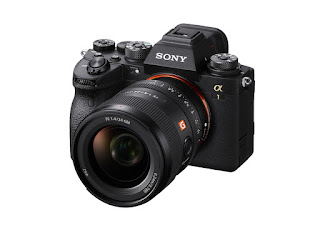 Video-wise, the A1 uses the full width of its 50.1MP sensor to capture footage at 8.6K resolution, which would then be downsampled to 8K. The video is recorded in 10-bit 8K 30p at 4:2:0 in XAVC HS Long-GOP format. 4K videos, on the other hand, are downsampled from 5.8K resolution via Super 35 mode, with 60p and 120p frame rates in 10-bit 4:2:2 in Long-GOP and All-Intra formats. Sony has equipped the flagship camera with a new heat-dissipating structure inherited from the A7S III, which enables it to record 8K videos for 30 minutes.

As for other specifications, the Sony Alpha 1 comes with a 0.64-inch Quad-XGA OLED electronic viewfinder (EVF) with 9.44 million dot resolution, and a 240Hz refresh rate – a first for any camera in the world. The EVF also offers 0.90x magnifacation, 41-degree diagonal FOV and a 25mm-high eyepoint. Meanwhile, on the camera’s back is a tiltable 3.0-inch 1.44 million dot LCD touchscreen display, featuring the new Sony camera UI as the A7S III. 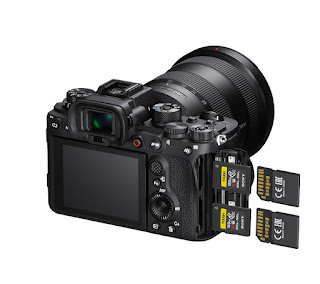 Sony Malaysia has confirmed that the new Alpha 1 full-frame mirrorless camera will arrive locally sometime in April, but its local pricing has yet to be announced. For reference, the camera is set to retail at US$6,500 (~RM26,286) when it is released in other regions this March.
at January 30, 2021
Email ThisBlogThis!Share to TwitterShare to FacebookShare to Pinterest
Labels: Alpha1, Mirrorlesscaneram, Sony