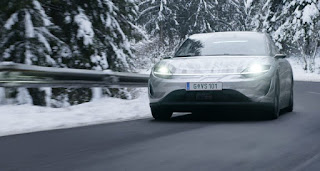 Sony surprised everyone by introducing its Vision-S concept car a year ago during last year’s Consumer Electronics Show (CES) event. The last we heard of the sedan was back in July, where it was revealed that it has arrived in Japan to be developed further for future road testing. And to follow up on the car’s progress so far, the company recently released two videos during its CES 2021 keynote to showcase the Vision-S in action.
The first features the Sony concept car being driven on a private track and public roads in Austria. While the second, longer video highlights on how the company designed and developed the prototype, as well as showcasing the various tech included onboard the vehicle.
It is also revealed that the Vision-S is a collaborative effort between Sony and various partners including Austrian automobile manufacturer Magna Steyr, Bosch, Continental, Vodafone, NVIDIA and Qualcomm, just to name a few. For reference, the full list of partners involved with the company’s concept car project can be found on its official website. 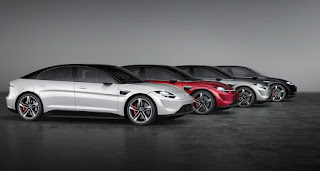 Sony senior vice president Izumi Kawanishi explains that the vehicle now features an increased number of sensors to allow for 360-degree awareness and for experimenting with ways to increase their capabilities. The company also created a new system specially for the Vision-S in order to verify its safety and security, he added.
Other than that, the videos also demonstrated the various features included onboard the Sony concept car, which are utilised through the car’s built-in dashboard display. These include a voice assistant, gesture control, 5G connectivity, and even entertainment options such as video games.
One particularly interesting feature is the onboard driver monitoring system, which relies on machine learning and the vehicle’s in-cabin camera to identify and recognise the condition of the car’s occupants. For instance, the system will automatically control the climate of certain seats in the Vision-S if it detects that a passenger is sleeping onboard. Sony added that the feature will continue to evolve through everyday use, enabling it to identify the user’s preferred temperature setting, music and driving route. 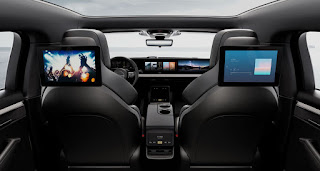 “Getting closer to people is our corporate direction,” said Izumi Kawanishi in the video. “I think that mobility serves as a tool to achieve it.”
Despite showing off the Vision-S in action, Sony did not not announce any plans of having it commercially available anytime soon. Even if the company does plan to release its first ever vehicle, it will likely be a completely rebranded product based on the concept car’s development or even an evolved version of it.
at January 12, 2021
Email ThisBlogThis!Share to TwitterShare to FacebookShare to Pinterest
Labels: Concept Car, Sony, Vision-S