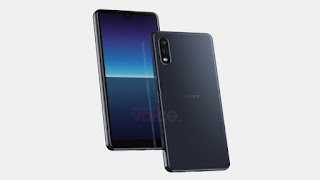 The last time Sony released a Compact model of its Xperia flagship device was all the way back in 2018. Since then, only rumours of such a device ever saw the light of day. The last one was as recent as just two months back. And now, a leak suggests that there’s some substance to that rumour.
Serial leaker @OnLeaks has shared details of a Sony Xperia Compact phone. Details aren’t exactly extensive, but there are plenty of images to show what it looks like. And boy does it look like an Xperia Compact device. It retains its very blocky look, with a substantial chin. But for some reason it has a water drop notch at the top that is very unlike an Xperia. 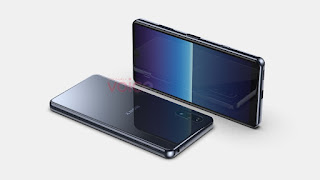 The supposed Sony Xperia Compact device has a 5.5-inch display on its 140 x 68.9 x 8.9 mm body. The front-facing camera in the notch is an 8MP shooter. The back looks to feature a dual-camera system with a13MP main camera, but no details on what the secondary one is.
On the right side, the new Sony Xperia Compact is said to come with a volume rocker, a power button / fingerprint sensor hybrid, and a camera shutter button. And the top of the phone has a3.5mm audio jack. All classic Xperia Compact elements. 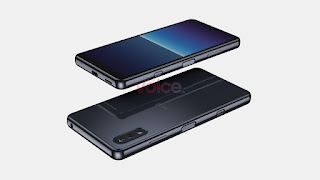 And that’s all the details that was shared by @OnLeaks. But he also poses an important question. With the sales of the iPhone 12 mini being what it is, will Sony still go ahead with making an Xperia Compact device? That really depends on what the company plans to pack in the phone.

Sony Xperia Compact devices of old mostly shared the same hardware of their larger siblings. The downgrades to make up for the smaller size are usually negligible, like 1GB less RAM, or a slightly smaller battery. So long as it doesn’t exclude a major feature the way the iPhone 12 mini missed out on the sensor-shift tech in the Pro Max, the Xperia Compact would probably be fine.