SUP3R5 Has A Custom PS5 Coloured After The PS2 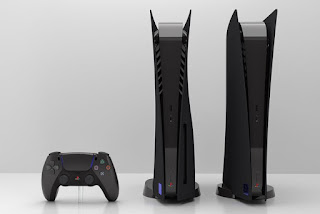 It’s undeniable that the look of Sony’s PS5 is one that you either love or hate. For the latter, there have been attempts to change things up. SUP3R5 is the latest name to step into that legal minefield, offering a console that hearkens back to the PS2.
And if you loved the PS2, then this unofficial mod will certainly be up your alley. The white plates of the PS5 is now black, and it even has the PS logo below the buttons. The DualSense is arguably where most of the magic is though. Not only has the white been replaced with black, the face buttons and the PS button have all been given their classic colours.

Though, it’s worth mentioning that this custom PS5 by SUP3R5 is three years too early. The design originated from a Reddit post by user /whattheefth. And their mockup is supposed to be a 30th anniversary edition of the console, reminiscent of the 20th anniversary PS4 that had PS1 colours. 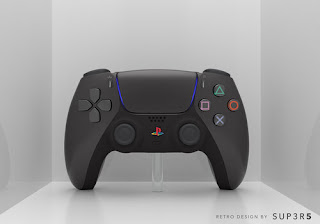 Nevermind the fact that SUP3R5 is taking ideas from a Reddit user, it is also messing around the PS5 design. It’s something that SIE is quite against, judging by previous events, even if there’s another challenger on the scene.

If this iteration doesn’t get into legal trouble, then you can get it from US$649 (~RM2601). That’s not counting shipping, which will likely be more on top. And yes, the company that makes this ships internationally. Production is also limited to 304 units, and an additional 500 of the custom DualSense controllers.