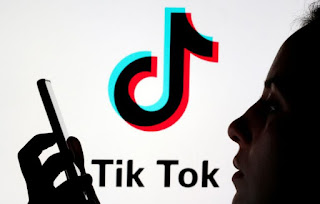 TikTok, the social networking app owned by the Chinese company, ByteDance, is currently testing out a new video Q&A feature that allows creators to directly respond to questions from their audience. In effect, the feature basically allows the creator to respond either via text or video.
As it is still currently in its testing phase, the feature is only available to creators that opted in for the test and will work across both video and the app’s livestream mode, TikTok LIVE.
It seems a bit odd that TikTok is only now allowing its audience to engage with creators through this avenue; Q&As in online videos and livestreams isn’t anything new, and multiple social networks – Facebook, Instagram, and Snapchat obviously being the most obvious ones – have had the feature integrated with their livestreaming platforms for several years now. 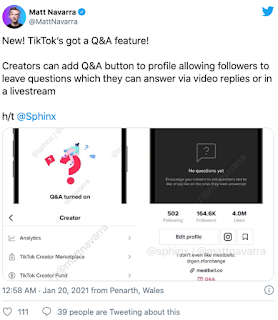 Nevertheless, TikTok clearly intends on taking full advantage of the Q&A feature, especially given how big of a part it plays in its commenting section. By giving creators additional avenues to respond to their audience is also a step in the right direction.

As to when the feature will be made available, ByteDance says that it aims to make the feature public to Creator Accounts over the coming weeks.