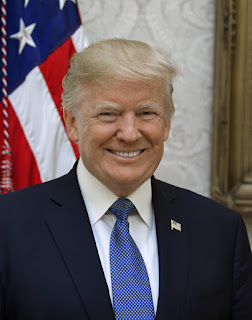 President Donald Trump doubled down Tuesday on the incendiary rhetoric that incited the Capitol riot, warning darkly that it was dangerous to the United States for him to be impeached for his conduct.Trump also claimed that his inflammatory comments at a rally shortly before the invasion of the halls of Congress by thousands of his supporters on Wednesday were not harmful.“People thought what I said was totally appropriate,” Trump told reporters when he was asked what his personal responsibility was for the violence.The riot came after he and his family members urged supporters at a rally to fight with him to reverse Joe Biden’s Electoral College win.In his comments before departing for Texas on Tuesday, Trump again used the type of language that critics say fueled the mob, calling the planned impeachment by the Democratic-led House “really a continuation of the greatest witch hunt in politics.”“It’s ridiculous, absolutely ridiculous,” Trump said in his first comments to the media since the riot, which killed a Capitol police officer and left at least four other people dead.“This impeachment is causing tremendous anger, and you’re doing it, and it’s really a terrible thing that they’re doing,” Trump said, apparently blaming reporters for his looming impeachment.“For [House Speaker] Nancy Pelosi and [Senate Democratic leader] Chuck Schumer to continue on this path, I think it’s causing tremendous danger to our country, and it’s causing tremendous anger,” he said.The president then added, “I want no violence.”“As far as this is concerned, we want no violence, we want absolutely no violence,” Trump said.But he did not explicitly condemn the actions by the mob of his supporters at the Capitol, who were motivated to protest against and prevent congressional confirmation of Biden’s election as the next president.Schumer later said, “Donald Trump should not hold office one day longer, and what we saw in his statement today is proof positive of that.”Trump, who has been banned from a slew of social media platforms since last week because of his comments, also said in his comments: “I think Big Tech has made a terrible mistake.”In an apparent reference to his ban on Twitter and elsewhere, Trump said it is “very, very bad for our country and that’s leading others to do the same thing.”“And it causes a lot of problems and a lot of danger. Big mistake. They shouldn’t be doing it,” the president said.“But there’s always a counter move when they do that. I’ve never seen such anger as I see right now, and that’s a terrible thing.”Asked whether he would resign before the end of his term next week, Trump did not answer.Trump addressed his supporters’ invasion of the Capitol later Tuesday, at the start of a speech in Alamo, Texas, on the U.S.-Mexico border. Again, he did not take any responsibility for inciting the crowd, and he did not outright condemn the violence.
at January 12, 2021
Email ThisBlogThis!Share to TwitterShare to FacebookShare to Pinterest
Labels: Trump