You Can Play Pokemon Red On Someone’s Twitter Profile 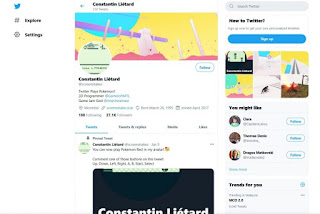 Normally, a Twitter profile image is a static thing that you put up and just leave it there. But you can play Pokemon Red on someone’s profile picture. Well, kind of, as you’ll be fighting for the input for everyone else following the account.
The Twitter account in question belongs to a programmer known as Constantin Liétard. On his account is a pinned tweet that takes in your desired input for that particular run of Pokemon Red. You have the standard directional controls and four buttons (Up, Down, Left, Right, A, B, Start, and Select). Every 15 seconds, the most tweeted input is registered into the game. You can then see this reflected on the account’s profile. 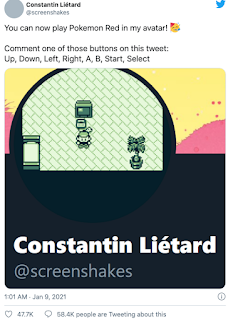 As you can imagine, the game is progressing very slowly. At the time of writing, the starter Pokemon is a Level 18 Wartortle, nicknamed AMAYBE. But to be fair, the game has been restarted a number of times to add new features. There’s even a dedicated Discord server that you can join to coordinate with other players.

It’s certainly the most novel use of Twitter so far. Arguably, it’s also maybe the worst way to play Pokemon Red. But if you fancy giving it a try, or just want to take a look at the game’s progress, you can give Constantin Liétard’s Twitter account a visit.