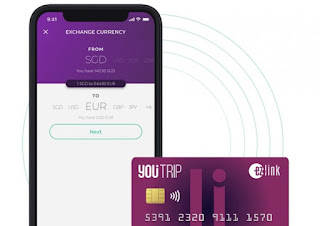 YouTrip digital wallet service is about to make its way to Malaysia soon. Interesting enough, the Singaporean fintech company will embark on the expansion which will also include the Philippines through a newly signed six-year partnership deal with Visa.
One of the YouTrip’s most touted features is the ability for users to make payments abroad using the local currency with no cross-border transaction fees and at the best exchange rates. At the moment, the company is already in Thailand alongside its home market Singapore but in these two markets, YouTrip has chosen to pair with Mastercard instead which made its new collaboration with Visa rather interesting. 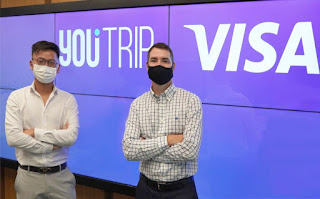 While travel in Southeast Asia (and indeed, around the world) is near all-time lows for obvious reasons, YouTrip is confident that pent-up demand for travel and its cross-border payment proposition put it in a good position for further expansion.

And that may be a good bet – in addition to the fact that Malaysia is a particularly ripe market for digital payments of all sorts. A PwC survey in 2019 put Malaysia among the fastest-growing Southeast Asian countries in mobile payment adoption – increasing from 17% to 40%.

It’s no wonder that so many players want to get onto the scene – and YouTrip certainly wouldn’t be the first in the country. Launched in 2018, AirAsia’s BigPay has similar functions, also allowing users to evade transaction fees and get the best exchange rates. It will be interesting to see how both will battle it out over market share once YouTrip (eventually) lands here.

However, no firm date has been announced for YouTrip’s launch in Malaysia. Nevertheless, it’s good to see movement in the fintech landscape in Malaysia even during a pandemic and economic downturn.