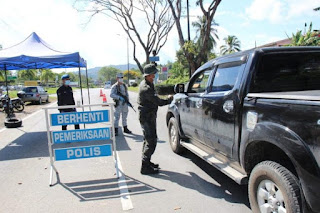 The Senior Minister for Security Cluster, Ismail Sabri Yaakob earlier today announced that the government will be lifting the 10KM radius travel limit that has been imposed throughout the country as part of the Movement Control Order (MCO) 2.0. However, members of the public are still prohibited from travelling between districts and states.
This restriction applies nationwide regardless of the MCO, Conditional MCO (CMCO), or Recovery MCO (RMCO) zones. Speaking about zones, the government has also decided to extend the MCO period for Selangor, Kuala Lumpur, Johor, and Penang to 4 March 2021 instead of ending it on 18 February as per the original plan. 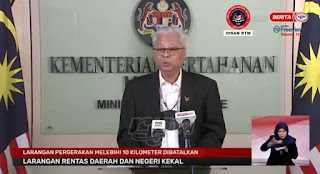 On another hand, Kedah, Perak, Melaka, Pahang, Terengganu, Kelantan, Putrajaya, Labuan, and Sabah will be designated as CMCO zones starting from 19 February until 4 March 2021. The government will also re-categorise Perlis as an RMCO zone within the same period as well and for Sarawak, the state is already a CMCO zone although its Disaster Management Committee is currently planning to end it on 1 March.

Even though members of the public are still not allowed to move between districts and states, the government will be easing some of the other restrictions in all CMCO and RMCO zones. For example, spa and reflexology centres will be allowed to operate once again while economic sectors will also be allowed to operate until midnight instead of just 10 PM.

Meetings, workshops, and seminars, as well as social gatherings including weddings and birthdays, will be allowed too although the attendance must be limited to half of the venue’s capacity. Other than that, the maximum number of passengers inside vehicles within CMCO and RMCO zones will be according to their respective capacities.

Dine-in customers will also no longer be restricted to just two individuals per table as long as they sit one metre apart from each other. Minister Ismail pointed out that these are just a fraction of the full SOP list which will be published on the National Security Council (MKN) website later this week.