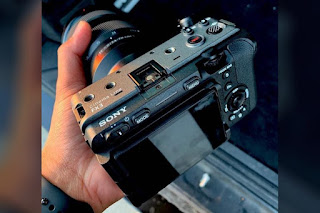 Sony is rumoured to unveil a new entry to its Cinema Line camera series with the unannounced FX3 model next week. An image of the device was originally shared by Japanese industry insider Nikoshita last week, while its alleged specifications were recently provided by YouTuber Gaston Shutters.

Based on the leaked press render, the Sony FX3 Cinema Line is shown to sport a compact body that resembles a more rugged-looking A7C. And much like that model, the new camera also lacks a centre hump and instead features a flat top – where a series of buttons, a control stick, shoe mount, and external accessory screw holes are located. Additionally, it will feature interchangeable lens support via E-mount, judging by the attached Sony FE 24mm f/1.4 GM.

The camera is revealed to lack an EVF (electronic viewfinder) – as seen from another leaked photo provided by Twitter user Joe Lawry, who reshared the image from an unspecified source. This suggests that shot framing on the FX3 would be determined via its rear flip-out LCD screen instead. 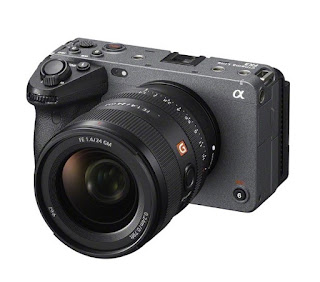 Should this leak be proven accurate, the alleged Sony FX3 could be the smallest Cinema Line camera yet. It is rumoured to be priced under US$4,000 (~RM16,120), and is expected to launch later this month around 23 February or so. Hopefully we’ll be able to learn more about this new camera by then.
at February 17, 2021
Email ThisBlogThis!Share to TwitterShare to FacebookShare to Pinterest
Labels: Camera, CinemaLine, FX3, LaterThisMonth, Launch, Leaks, Rumoured, Sony