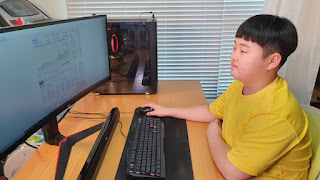 Watching the business news first thing is a new routine for 12-year-old South Korean Kwon Joon, as he dreams of becoming the next Warren Buffett after earning stellar returns of 43 per cent from a hobby picked up just last year: buying stocks.Kwon pestered his mother to open a retail trading account last April with savings of 25 million won (RM90,872) as seed money, just as the benchmark Kospi index began recovering from its biggest dip in a decade.“Rather than short-term focused day trading, I want to keep my investment for 10 to 20 years with a long-term perspective, hopefully to maximise my returns.”South Korea’s rookie investors like Kwon, who pursues value investing in blue chip shares with funds garnered from gifts, trading mini-car toys and running vending machinesKwon, with time on his hands during last year’s school closures for the pandemic, drew up a wish list of purchases, which he made during market corrections.These ranged from South Korea’s largest messenger app operator Kakao Corp, to the world’s biggest memory chip maker Samsung Electronics Co and Hyundai Motor.
at February 10, 2021
Email ThisBlogThis!Share to TwitterShare to FacebookShare to Pinterest