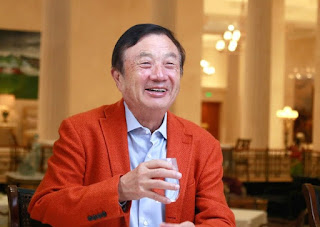 Huawei founder and CEO Ren Zhengfei said the company would never sell off its smartphone business. He also said he would welcome a phone call from U.S President Joe Biden, and expressed hope for better relations under the new U.S administration.
Due to the U.S sanctions, Huawei’s smartphone unit has undergone a drastic decline. The company already sold off its HONOR brand of smartphones, and there was recent talk that its Mate and P lineups would go the same way. But according to AFP, Ren said, “We have decided we absolutely will not sell off our consumer devices, our smartphone business.” 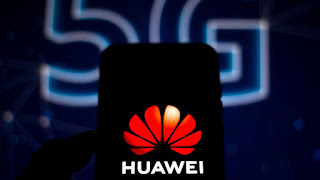 He also praised the iPhone 12 as “the world’s best smartphone”, the South China Morning Post reported. “Since [Huawei] doesn’t have premium handsets any more, Apple’s phones have helped us prove that Huawei’s 5G technology is the best,” he said.

Saying he’d be willing to speak to Biden, Ren made a plain appeal to American self-interest. He said, “If Huawei’s production capacity can be expanded, that would mean more opportunities for U.S. companies to supply too. I believe that’s going to be mutually beneficially. I believe that (the) new administration would bear in mind such business interests as they are about to decide their new policy,” according to another report by CNBC. 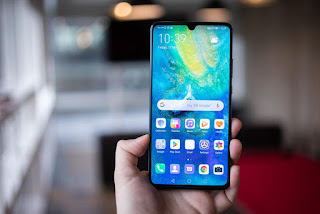 Despite those remarks, BBC has pointed out that Ren isn’t confident Huawei would be dropped from the US Department of Commerce blacklist. BBC’s report also noted that he has apparently warned Washington that blocking Huawei and China could lead to “an unexpected outcome,” although all in all, Ren has generally adopted a conciliatory tone in his latest remark regarding the U.S.
at February 11, 2021
Email ThisBlogThis!Share to TwitterShare to FacebookShare to Pinterest
Labels: Ceo, Huawei, NeverSellIts, Says, SmartphoneBusiness