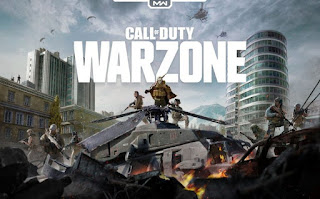 Activision recently banned over 60000 Call of Duty: Warzone accounts in one day, the studio said in blog post detailing its latest efforts to root out cheating in the game. It added that over 300000 accounts had been permanently banned since the game’s launch in March last year. Activision and its developer subsidiaries have received intense criticism for not doing enough to address rampant cheating in their Call of Duty (COD) games.
“We have zero tolerance for cheaters across Call of Duty and Call of Duty: Warzone,” the company declared. Among other things, it promised to enhance its internal anti-cheat software and implement additional detection technology. It also vowed to go after cheat providers. Relatedly, at least one cheat maker ceased all development and sale of COD cheats, and even apologised after Activision threatened a lawsuit last year.

Still, Activision’s previous efforts against cheating have seemed woefully inadequate to many players. Vikkstar, a popular Warzone streamer with millions of YouTube subscribers, recently got a lot of press for very publicly quitting the game out of frustration.

The streamer decried the pervasiveness of in-game cheating, pointing out that one hacker even livestreamed their cheating on Facebook. Perhaps that was the proverbial straw that broke the camel’s back (and forced Activision’s hand). Vikkstar did praise Activision’s latest statement as “a step in the right direction.”

Warzone has been primarily plagued by two kinds of cheats: aimbots and wallhacks. Aimbots lock your gun’s reticle to the enemy’s head, while wallhacks allow you to see other players through walls.