Analyst: Malaysian Government Mulls Over Reintroducing GST In 2022 Or 2023

The government is likely to consider bringing back the GST in 2022 or 2023, Alan Tan, Chief Economist at Affin Hwang, said in a briefing with The Edge. But he predicted that the tax would not be implemented immediately and that it would be set at a revenue-neutral rate or lower than the previous 6% rate which would likely be more palatable to the public.
Do bear in mind that Tan is simply making an educated guess, and the government’s official position on the GST is quite vague. Prime Minister Muhyiddin Yassin previously said the government would study the reintroduction of the GST. Finance Minister Tengku Zafrul Tengku Aziz ruled out reviving the GST for now but also said the government is studying the issue. 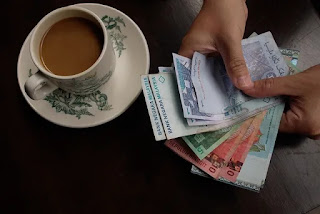 The GST remains controversial in political circles and among the general public, arguably playing a large part in Barisan Nasional’s loss in the 14th General Election. But experts, including economists and the World Bank, as well as industry players broadly support the tax. Figuring into the government’s thinking could be a recent Federation of Malaysian Manufacturers (FMM) survey showing companies strongly in favour of reintroducing the GST.

That being said, rumours of GST’s imminent return have been floating around for a while now – even last year, when some said it could be inserted into Budget 2021. And yet here we are, with no GST in sight. When the government will be finished with all its ‘studying’ is truly anyone’s guess.

at February 04, 2021
Email ThisBlogThis!Share to TwitterShare to FacebookShare to Pinterest
Labels: 2022, 2023, Analyst, GovernmentMulls, GST, in, Reintroducting