Activision Blizzard: Diablo IV And Overwatch 2 Not Launching This Year 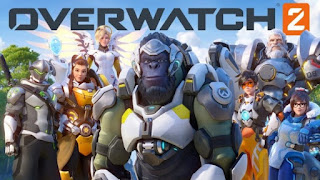 Activision Blizzard has confirmed that Diablo IV and Overwatch 2, two of its highly anticipated titles, will not be arriving on store shelves this year. The video game studio and publisher laid out the bad news during its first earnings calls for the year.
The company’s announcement isn’t all that shocking and, if we’re honest, seems somewhat expected. In the case of Diablo IV, Activision Blizzard did make it clear during the reveal in 2019 that the game won’t be “coming soon”, let alone “Blizzard soon”. More to the point, the company also made it clear that both games were still in the early stages of development.

The good news – depending on which angle you look at it – is that 2021 isn’t going to be a stagnant year for Activision Blizzard. In the earnings call, the company also mentioned that plans to launch a new Call of Duty title during the fourth quarter of 2021.

It doesn’t end there either. Diablo Immortal, the mobile title that Activision Blizzard announced back at BlizzCon 2019, has already been through rigorous testing and is slated for a launch later this year. On top of that, there is also the fact that the studio recently announced that it already has “multiple mobile, free-to-play Warcraft experiences” that are already in advanced development, but fell short of providing tangible release dates.