airasia food Announces Expansion To Singapore; Calls On F&B Merchants To Sign Up 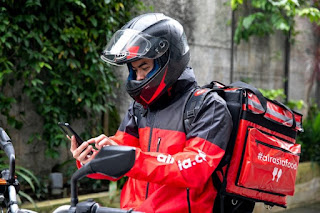 AirAsia Group CEO Tony Fernandes announced that airasia food, the airline’s meal delivery business, will be landing soon in Singapore, though he didn’t provide a specific date. This would be the platform’s first overseas venture, even as it seeks to expand beyond the Klang Valley at home.

The platform is asking F&B operators across Singapore to participate starting now, promising those signing up before 1 March 2021 a special sign-on commission rate from as low as 8% for the month of March 2021. airasia food said that its normal commission rate is only 15%.

Indeed, the food delivery service seems quite determined to emphasise its commission rate as a deal-clincher for prospective merchants. Fernandes called it the “lowest commission rate in town,” a point repeatedly echoed in the company’s comments to the press and promotional materials. As a point of comparison, GrabFood Singapore charges a commission rate of 30%. 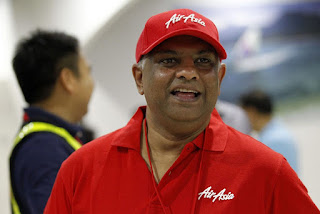 “Just as how we democratised air travel, airasia food will democratise the food delivery industry by providing value, simplicity and inclusivity for everyone,” said Fernandes. We’ll see if that obvious bit of market positioning actually takes off.

Back here in Malaysia, airasia food is looking to expand to Johor and Penang next month. Bernama said AirAsia Malaysia CEO Riad Asmat also named Ipoh, Kota Kinabalu, Kuching, Miri, and Kota Bharu as the next potential markets for the food delivery service. But again, no firm dates were mentioned.