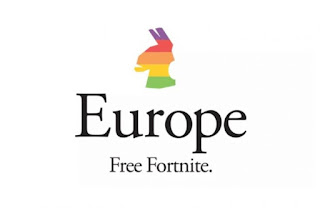 Epic Games is taking its grievances with Apple into another realm and by that, we mean that the owner of the wildly popular MOBA title, Fortnite, is taking the fruit company to court in the European Union (EU).

The company officially announced its decision to file an antitrust lawsuit against the company at Cupertino by posting it on its official page. Then, as now, the complaint accuses Apple of “not just harming, but completely eliminating” its competition in app distribution and payment processes via the use of iOS.

Some of you may remember that Epic Games tried to launch its own direct payment option on Fortnite, for both Android and iOS devices. In an effort to avoid paying Apple its 30% cut of the pie for allowing the game to be published on its mobile platform. As you can imagine, Apple wasn’t happy with Epic Games’ action and responded to the errant behaviour by booting Fortnite off iOS.

Epic Games argues that Apple’s rules and regulations on iOS are some of the most anti-competitive and restrictive in the world; it says that the company actively prevents and disallows developers from promoting their work on iOS, outside the official App Store. In Apple’s case, it argues that Epic Games’ payment system was a feature that wasn’t reviewed or approved by it and as such, it violated its App Store guidelines.

At the time of writing, the European Commission says that it has received the complaint and that they are looking into it.