More rumours of Apple’s autonomous car, codenamed Project Titan, has surfaced online. Things aren’t sounding too positive this time around, based on a recent report by Bloomberg.

Sources familiar with the matter told the news agency that the talks between the iPhone maker and Hyundai (as well as its subsidiary Kia Motors) have been placed on hold. Reason of the pause was not revealed, although it is possible that it may have been caused by the extensive amount of leaked information regarding the deal and Apple’s first ever automotive product.

Bloomberg added that the sources also backed up earlier rumours regarding the car’s potential location of production. Specifically, Kia Motors is said to assemble the upcoming Apple-branded vehicle at its factory in the US state of Georgia starting in 2024. That is, should this deal pull through in the first place. 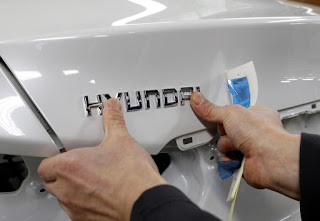 As for other potential candidates for Project Titan, Japan’s Nikkei claims as many as six Japanese automakers are also in talks with Apple regarding a possible deal. The identities of these companies were not provided, however.

Meanwhile, a report by CNBC says that Apple is planning to have its autonomous electric vehicle (EV) marketed towards enterprise clients instead of end users. The car (or its first iteration, at least) is suggested to be a potential candidate for fully automated food delivery businesses and companies operating robotaxis, it added. Needless to say, users looking forward to owning an Apple-branded car in the future may have their hopes dashed if CNBC’s report is to be believed.