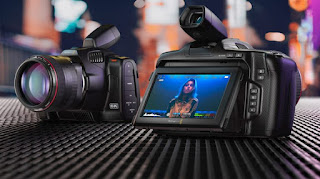 If there’s one thing to like about Blackmagic cameras apart from their high-end hardware for video recording, it’s their designs. This is especially so with the brand’s latest product, the Pocket Cinema Camera 6K Pro, which looks like a mashup between a DSLR and a Sega Genesis – in a good way. Maybe.

But of course, as mentioned earlier, the new camera is not without its list of hard hitting internals (and externals). On that regard, the Blackmagic Pocket Cinema Camera 6K Pro obviously falls behind the brand’s video production line models such as the Ursa Mini Pro 12K and is instead a successor to the 2018 Pocket Cinema 4K and the 2019 non-Pro Pocket Cinema 6K. After all, the Pocket series is aimed towards mobility, which explains their DSLR or mirrorless camera form factor – rivalling those such as the Sony A7S III and the Canon EOS R. 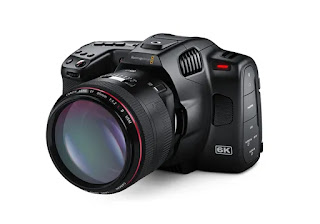 Like its predecessor, the Blackmagic Pocket Cinema Camera 6K Pro also has Dual Gain ISO which starts natively at 400 to 3200, and can be boosted to a maximum of 25,600. Other similarities include recording support for standard open file formats recordings such as industry-standard 10-bit Apple ProRes files in all formats up to 4K, or 12-bit Blackmagic RAW in all formats up to 6K. In front of the camera is an EF mount which supports a wide range of Canon lenses. 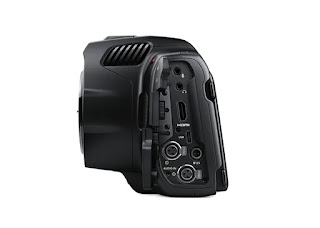 What separates the Pro from the original model is the addition of a built-in 2,4 and 6-stop motorised ND filters, a tiltable FHD (1920 x 1080 pixel) HDR LCD display with 1,500 nit peak brightness on its back, two mini XLR audio ports, and a larger battery. Did we mention about its aggressive looking Sega Genesis-like design? 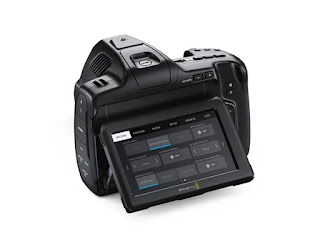 There’s an optional electronic viewfinder (EVF) module as well, which can be attached to the 6K Pro’s hot shoe mount. The accessory sports a colour OLED display with a resolution of 1280 x 960 pixels, a built-in proximity sensor with a 4 element glass diopter, and four different eyecups for left and right eyes. It also comes with a 70-degree vertical swivel to help with low angled framing. 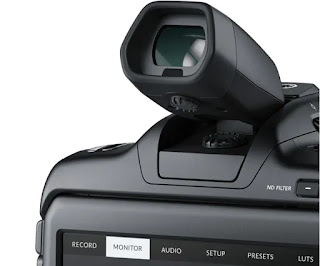 The Blackmagic Pocket Cinema Camera 6K Pro is available now through official resellers, and is priced at US$2,495 (~RM10,085) – the same launch price as its predecessor in 2019. Meanwhile, the optional EVF will be retailing at US$495 (~RM2,000), which is undeniably pricey for an accessory. The expected availability for both Blackmagic products in Malaysia is still not known at this time.
at February 19, 2021
Email ThisBlogThis!Share to TwitterShare to FacebookShare to Pinterest
Labels: 6KPro, Announces, Blackmagic, Camera, PocketCinema