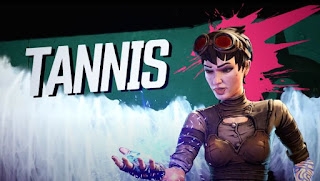 The Borderlands movie is a weird one when it comes to casting. It has already cast comedian Kevin Hart as the stoic Soldier Roland. Now, the people behind the movie have gone for another strange casting decision with Dr Tannis. In what can only be described as curveball casting, they’ve gone for Jamie Lee Curtis for the role.
For context, Dr Patricia Tannis is an NPC in all three Borderlands games, playing important side roles in all. She is an archeologists studying the Eridian artifacts in the game universe. Her mental state is also on the border between sanity and insanity, having suffered a number of psychological breakdowns due to the harsh environment of the planet Pandora, and the death of most of her fellow researchers.

On one hand, no doubt Jamie Lee Curtis will be able to play the mentally fragile Dr Tannis. But on the other, unless there are plans for intensive CG trickery, she doesn’t have a convincing enough Dr Tannis look. Not as jarring a difference as with Kevin Hart and Roland, but a jarring difference nevertheless.

That makes the third major character getting cast for the Borderlands movie. Two more playable characters, Mordecai and the Brick, remain.