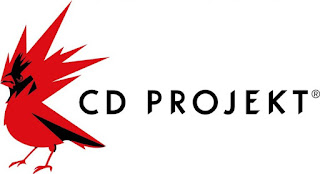 When it rains for CD Projekt, it pours, and for a very period of time. The company is already having quite a tough time dealing with its own release of Cyberpunk 2077. The latest blow that the company suffered is a hack. And it’s a severe enough one that may see the source code for games, as well as financial and other documents, leaked.
CD Projekt made the announcement itself on Twitter. Stating that the hack occurred yesterday, the company also shared the ransom note that the hackers left behind. And the note detailed what the hackers stole, which may as well be everything from the looks of it. 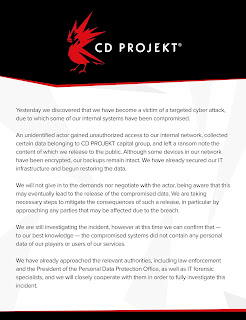 Though despite the severity, CD Projekt claims that no personal data of players and users of its services have been leaked as a result. Which is probably the only silver lining of the incident. The company is currently working on restoring its data, and also mitigating the inevitable damage of having the sensitive documents released in the wild.

The intention of the hack does come into question though. The hackers claim to leak documents to the gaming press if the ransom is not paid. And that’s not usually something you demand a ransom for. Of course, there’s no discounting the hackers are  just looking for an excuse to strengthen their case for a payment. At any rate, you can read the statement by CD Projekt, as well as the ransom note, in the tweet embedded above and linked below.