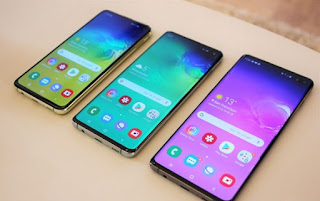 Owners of the Samsung Galaxy S10 flagship series in Malaysia can now rejoice. It is revealed that the Android 11-based One UI 3.0 update for the device has finally arrived locally, albeit more than a month later than its cousin the Galaxy Note 10.

News of this was relayed by Twitter user Mohamad Farid aka @faridmak, with a screenshot confirming the update’s recent availability. As mentioned earlier, this local rollout is later than expected as other countries (according to SamMobile) have received One UI 3.0 for the Galaxy S10 series in early January 2021. Surprisingly, the series’ more recent sibling – the Galaxy S10 Lite – had already received the update locally in late December 2020 (Thanks for the input, Rezal Roslan).

Aside from the new visual design for Samsung’s custom Android interface, users can expect various upgrades in terms of performance, features and privacy control. The new features introduced in the update includes a new conversations section in the notification shade,  chat bubbles for the Samsung Messages app, and tweaks to the One UI keyboard interface.

Privacy-wise, newly introduced in One UI 3.0 is the one-time permissions feature, which enables users to permit certain apps to access the onboard microphone, camera or location tracking just once. Any permissions that an app has not used after a limited time will automatically be revoked, ensuring that it will not abuse features without the user’s knowledge.

Samsung Galaxy S10 users will be notified once the One UI 3.0 download file is available for their respective devices. They can also manually check and download the update by navigating to Settings, Software Update, and then tap Download and Install.