Clubhouse Surges In Popularity Throughout The World, Including Malaysia 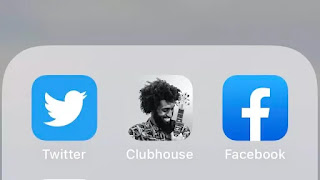 Audio-based social media app Clubhouse seems to be the hottest thing right now. The app has doubled its global download numbers in just over two weeks according to BBC, citing estimates by analytics firm App Annie.
From 1 February to 16 February, Clubhouse global downloads grew from over 3.5 million to 8.1 million, App Annie said. In the US alone, the app has been downloaded more than 2.6 million times, helped in large part by the appearances (on the app) by high-profile figures like Tesla CEO Elon Musk and Facebook CEO Mark Zuckerberg. 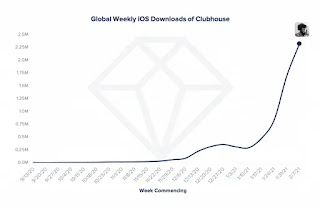 Things are no different in Malaysia as well. According to the data gathered by another analytics firm Sensor Tower, it has skyrocketed to the top of the free iOS apps category. As points of comparison, MySejahtera and TikTok are second and third respectively. 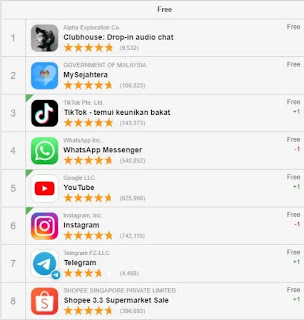 Both sides of Malaysia’s political aisle and industry leaders seem to have embraced Clubhouse as a way to reach out to average citizens and discuss sociopolitical issues. This is in contrast with China, where the app remains blocked by government authorities after users began discussing sensitive topics like China-Taiwan relations, Uighur Muslims, and the 1989 Tiananmen Square crackdown.

For now, Clubhouse remains an iOS exclusive and requires an invite to use – a fact that clearly hasn’t slowed the remarkable pace of downloads. The BBC said that Clubhouse is encouraging downloads anyway because new users – even those without an invite – already able to reserve their username for the future.

If you want to learn more about Clubhouse, don’t forget to check out our editorial piece regarding the app right here.