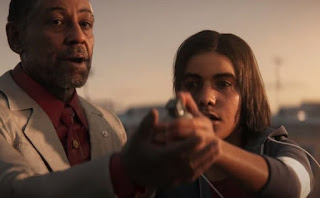 Far Cry 6 is set to launch this year on 26 May, if a previous Microsoft Store listing is to be believed. And it sounds right about the time many game publishers release a beta for their games, which serve more as a demo than an actual beta. But if you do get one, it’s more than likely a phishing scam in disguise.

YouTuber theRadBrad tweeted about an email going around with claims to give beta access to Far Cry 6. It supposedly comes from an official Ubisoft address, and comes with an embargo to make it look more legitimate. Clicking on the provided link instals malware that “watches your screen and records everything you do”.

Ubisoft has since confirmed that Far Cry 6 beta emails are phishing attempts. Naturally, the company also tells you to not interact with such emails.

As mentioned earlier, it’s been pretty common for game publishers to release betas shortly before a game’s release. These scammers are obviously seeing the pattern, and are trying to capitalise on it. And with the Far Cry series being one of Ubisoft’s three biggest IPs, it’s the perfect vector too.

Of course, it’s not only Far Cry 6 that’s been used as scammer bait. Late last year, hackers sent out a fake beta for Cyberpunk 2077 Mobile. Downloading it would have resulted in an Android device getting infected by ransomware.