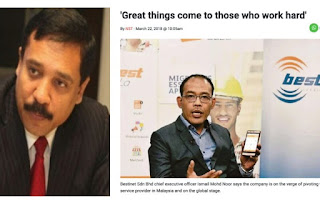 Recent reports in Bangladesh media indicate their citizens could begin arriving in Malaysia from 15 February 2021 to fill the foreign labor gap in the Southeast Asian nation, despite border closures to contain Covid-19 spread. 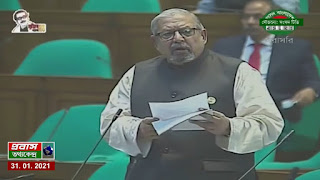 An estimated 280 different agencies in Bangladesh will reportedly be involved in this resumption of foreign labor supply to Malaysia – but interestingly, the Malaysian side will be monopolized by a consortium of 25-40 agencies spearheaded by Bestinet Sdn Bhd.

Industry sources close to the matter confirm that Bestinet founder and chairman Datuk Sri Mohd Amin Abdul Nor has already been active in the Malaysian arena – by requiring an upfront RM5 million payment by each agency in order to be listed in this consortium monopoly. 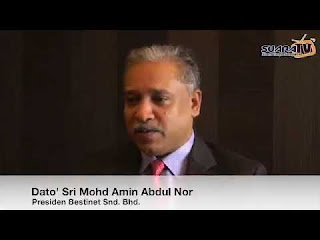 This has created an uproar among Malaysian foreign labor agencies as this sector is already crippled with no income since March 2020 – due to Covid-19 border closures (implemented as part of a Movement Control Order or MCO).

Agencies which refuse to cough up the RM5 million fee now risk losing all future business involving Bangladesh foreign workers, due to monopolistic tactics being employed by rich and politically connected elites in Malaysia linked to Bestinet – and are left with no choice but to close down or shift their focus from Bangladeshis to other foreign nationals.

Despite their grievances, industry sources fear going public with their complaints to avoid reprisals by these politically well-connected elites in Malaysia. One source indicated that many of these meetings to discuss their participation in the consortium monopoly were held in an office at Sentul, a Kuala Lumpur suburb a short drive away from the Kuala Lumpur’s iconic Petronas Twin Towers.

“It was a strong arm negotiation. We were told that if we do not pay RM5 million, we should consider moving into another industry” said one source.

Based on these meetings, it is understood that a prominent Dato’ (awarded title like ‘Sir’ for knighthoods) at Bestinet openly stated that he had managed to ‘convince’ the ministers in charge of human resources in both countries to accept his proposal.

As Malaysian economy faces adversity, there has never a worst time for such a money grab

With the Malaysian economy set to contract an estimated 3% based on media reports and with around 300,000 people having lost their jobs as many businesses having closed or facing the prospects of being closed down, this allegation smacks of rampant collusion amongst the affluent politically connected as they enrich themselves through monopolistic practices.

From a pandemic perspective, the practice of bringing in foreign labor during this trying time is seen by many as political suicide as Malaysian media reports show a high amount of Covid-19 clusters involving foreign labor. A renowned manufacturer Top Glove recently came under international scrutiny for their treatment of Covid-19 positive foreign workers.

at February 04, 2021
Email ThisBlogThis!Share to TwitterShare to FacebookShare to Pinterest
Labels: News