Cyberpunk 2077 Patch 1.2 Delayed To March As A Result Of CD Projekt Hack 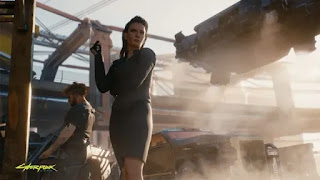 Cyberpunk 2077 developer CD Projekt Red delivered the first of two major patches for the game exactly a month ago. We’re supposed to be getting the second one this month, but it looks like that’s not happening anymore. And the company claims that this is because of the hack that occurred earlier in the month.
In a series of three tweets, CDPR explains that the effect of the hack and the extent of the Cyberpunk 2077 Patch 1.2 means the devs will have to push its release back. The tweet says that the devs are aiming for a release in the second half of March.

Though according to Bloomberg, one major detail that CDPR left out is the fact that “most” of its employees have been locked out of their work VPN. This means that they can’t get access to their work tools from home. To work around this, employees had to take their computers to the company’s IT department to screen for malware.

While CD Projekt may have backups to deal with the hack, it looks like it’s not a completely seamless recovery. No doubt that getting hacked is no laughing matter. But the problem of not being able to access the company VPN sounds a little ridiculous.