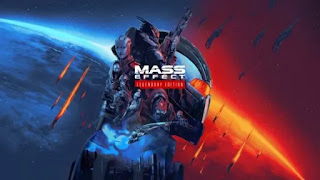 Geralt in The Witcher Netflix series has exposed people to the gamer side of Henry Cavill. And then there’s the time in July last year when he posted a video of him assembling his own gaming rig. Now, in another post on Instagram, Cavill shared something that may hint at a new Mass Effect project.
The post in question involves him taking a selfie while getting his hair done, while holding up some paper. The text on the paper is too blur to read on its own. And Cavill teases further with his caption of “Secret project? Or just a handfull of paper with random words on it…”

But folks at Gamepressure pushed the image through a software called Focus Magic. And from there, a number of words like Cerberus, Geth, Reaper and Tali’Zorah can be made out. That last one especially is a strong reference to Bioware’s Mass Effect, being a recurring character in the trilogy. The visible paragraph may also be the Mass Effect 3 entry on Wikipedia.

Whether or not there will really be a Mass Effect movie or series, only Cavill and the people behind them will know. It may not even be a film or series, but a voice role in the next instalment, even if the image suggests otherwise. But until an official announcement happens, it’s probably better to not think too much about it.