Ford Vehicles To Go All-Electric Or Plug-In Hybrid By Mid-2026; Fully Electric By 2030 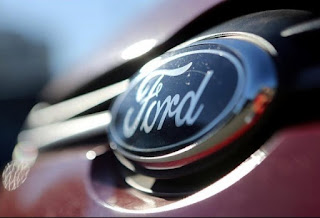 Ford has revealed that it plans to have its vehicles to go all-electric or plug-in hybrid by mid-2026, and ensured that its entire line-up to be fully electric by 2030. The move is aimed to be in line with Europe’s new zero-emissions regulations, which saw fellow carmakers Volvo, Volkswagen, Mercedes and most recently Jaguar also vowing to go carbon-free within the decade.

According to its press release, the company will invest US$1 billion into its assembly plant in Cologne, Germany – its largest manufacturing center in Europe. The investment aims to modernise the facility, transforming its existing vehicle assembly operations to fully produce the brand’s range of all-electric vehicles.

Ford says that its first European-built, volume all-electric passenger vehicle for European customers will be produced at the facility from 2023 onwards. A potential for a second model to be manufactured there is also being considered, it added. 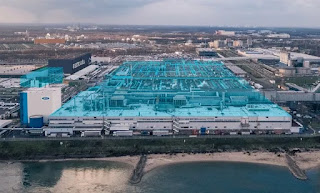 “We are charging into an all-electric future in Europe,” said Ford of Europe president Stuart Rowley. “We will offer an exceptional range of electrified vehicles, supported by customer-centric digital services and experiences, allowing our customers to come with us on the journey to a fully electric future, starting right now with the launch of the all-electric Mustang Mach-E.”

Ford released the 2021 Mustang Mach-E, its first all-electric crossover, back in December 2020. It comes with a battery choice of either a standard-range 75.7 kWh or 98.8 kWh, offering zero to 100 km/h acceleration in just 3.5 seconds. The vehicle’s estimated EPA range is at 370km for the standard version, and 483km for the extended battery pack. 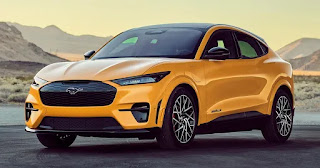 The European zero-emissions regulations require carmakers in Europe to produce electric vehicles in order to meet new, lower limits on emissions of carbon dioxide. The new limit, which took effect earlier this year, is part of the European Union’s efforts to comply with the 2015 Paris agreement on global warming. Manufacturers that fail to hold fleet average emissions below the limit are set to face heavy fines.
at February 17, 2021
Email ThisBlogThis!Share to TwitterShare to FacebookShare to Pinterest
Labels: All-Electric, by, By2030, Ford, FullyElectric, Mid2026, Plug-InHybrid, Vehicles