GameStop Stocks Drama Are Getting Movies Made 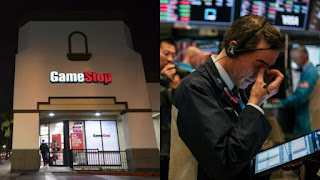 Among the subjects that are the talk of the past week is the situation with GameStop and its stocks. Needless to say, it was a very big deal that got the whole world paying attention to the finance world. So much so that there will be a couple of movies based on the events getting made.
Deadline reports that MGM has obtained the rights to a book proposal called The Antisocial Network. It’s one from author Ben Mezrich, who wrote Accidental Billionaires. MGM adopted that book as The Social Network, and it is looking to do the same with the new book, which will chronicle the events that lead to the events of last week. 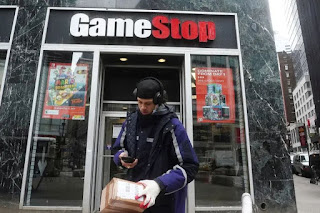 Separately, Netflix is also planning on making an original film that will use the GameStop situation as a jumping off point. From there it will be a broader movie on social media, and the way it allows people to challenge the status quo. It will even cover the recent US election, and the role of social media in what followed in the middle of January.

This is probably the fastest example of an incident inspiring the production of films. There will also be at least one book about the episode. After all, MGM’s production is based on the proposal of one.