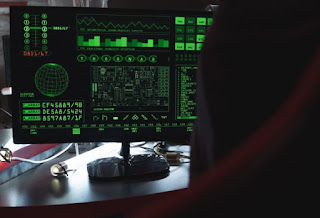 Senior Minister for Security Cluster, Ismail Sabri Yaakob has stated that none of the websites belonging to the government have been hacked so far. According to a report by Bernama, the remark was his response to media members when asked to comment with regards to the threat made by Anonymous Malaysia (AM) during a press conference yesterday.
What made his remark rather interesting is that it took place not long after AM published a list of government websites on its Facebook page that the group claimed to have been defaced by another group called Cyberpunk Team as part of #OpsWakeUp21. As noted in the list, these websites belonged to Sabah and Perak state governments as well as the Royal Malaysian Customs, Construction Industry Development Board, and Selayang Municipal Council.
AM has also posted several screenshots of the defaced websites but their URLs have been masked which had immediately cast some doubts on their authenticity. Furthermore, a quick check on Zone-H which is a website that hackers often stopped by to post their defacement activities, showed no such attack had taken place on these websites with the exception of Perak Digital Portal which did take place on 29 January 2021.
That being said, the listing on Zone-H noted that the text file insertion on Perak Digital Portal was performed by Eagle Eye from United of Muslim Cyber Army (UMCA) and not by the Cyberpunk Team. AM claims aside, Zone-H’s database showed that there have been several defacement attacks on websites that belonged to agencies under Malaysian federal and state governments for the past year or so.

Even though only five of such incidents were listed on the database in January 2021, there were more than 90 defacement incidents that have been posted on Zone-H throughout 2020. The number could even be larger if you consider the possibilities of defacement attacks that were not made public.

There is also a possibility that the admins for some of these defaced websites may not be doing a through and proper clean-up process as well. For example, Ghost Hunter Illusion apparently launched a mass attack on Kuantan Municipal Council’s website on 29 December 2020 according to Zone-H’s database but this particular defacement is still in existence on the site as of  10:43 AM today which is more than a month after the attack: 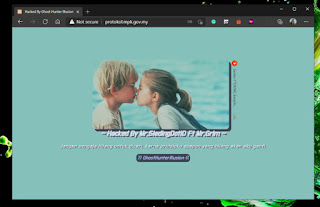 So, while Minister Ismail’s remark may specifically refer to the recent threats from AM, it was quite off the mark when compared to the listing on Zone-H. Some may feel that website defacements are not that major in terms of server intrusion but nevertheless, they are still considered as unauthorised server access and there is nothing “fine” about that.
at February 02, 2021
Email ThisBlogThis!Share to TwitterShare to FacebookShare to Pinterest