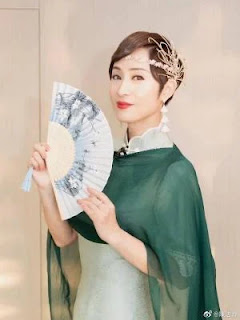 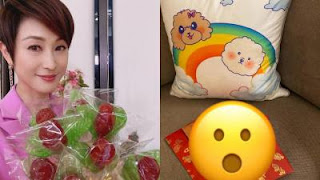 When exactly do you become “too old” to receive ang pows from others, as a singleton? Well, for Hongkong actress Monica Chan, the answer is never, as long as you’re unmarried, of course.After all, ang pows are generally viewed as a blessing of sort, are they not?Unfortunately for Monica, it looks like her ang pow “earnings” this year weren’t exactly as good as the years before.The 54-year-old recently took to her Weibo to share about her Chinese New Year holidays, which were spent amidst Hongkong’s fourth wave of COVID-19 infections.“Didn't go visiting ‘cos of the pandemic, a record-breaking low! This year, I only received nine big ang pows from my family and close friends, [and] as always! All my ang pows will be donated to charity! Thank you to all the kind elders who gave me an ang pow, as long as I’m unmarried, I’ll still continue to take ang pows the next year,” Monica wrote in her caption.Yup, she’s killing two birds with one stone, starting off her year by receiving these well-intentioned ang pows from her loved ones, and passing it on to charity.As for staying single, here's what Monica had to say: “It's not that the single life chose me, rather, I choose to remain single. Everyone, you don’t need to look at me with pity in your eyes,” she said, adding that feeling lonely while being surrounded by the wrong people, is worse than being alone.
at February 23, 2021
Email ThisBlogThis!Share to TwitterShare to FacebookShare to Pinterest
Labels: 54, Actress, AngPows, CosShe, Hongkong, MonicaChan, StillAccepts