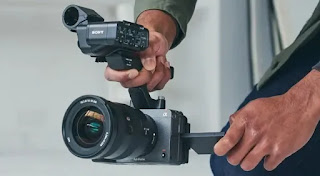 Sony has officially announced the latest member of its Cinema Line cameras with the new FX3, which also happens to be the smallest of the bunch. As you may recall from our previous report, the camera had already been leaked last week – with its overall design and some of its key specifications revealed ahead of its launch.

As previously pointed out in the leaks, the Sony FX3 Cinema Line does indeed carry some hardware elements from the A7S III, packed into a more compact A7C-like body. However, the camera does feature a different sensor – specifically, a back-illuminated full-frame 10.2MP which Sony claims to offer low noise, up to 409,600 ISO in sensitivity and over 15 stops of dynamic range. Included onboard is the same S-Cinetone colour matrix that is also featured on the brand’s FX6 and FX9 cameras, as well as eleven different picture profile settings such as S-Gamut3 and S-Gamut3 Cinema. However, unlike its Cinema Line brethren, the FX3 does not come with an internal electronic ND (neutral density) filter.

The new camera is able to capture videos in 4K with 10-bit 4:2:2 colour sampling internally or 16-bit RAW output via HDMI. Frame rate-wise, it can record up to 120 fps in 4K resolution and up to 240 fps in Full HD 1080p. Much like the Sony A7S III, the FX3 Cinema Line does not have the ability to record 8K footage, although that is to be expected considering its size. It is also worth noting that it does come with better internal cooling than the aforementioned model, allowing it to shoot videos at up to 13 hours uninterrupted. According to Sony, the cooling system’s fan can be customised to operate in three modes: Auto, Minimum and Off. 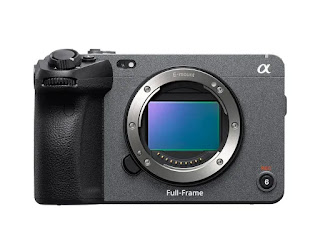 Further assisting with the FX3’s imaging capabilities is a 627-point focal-plane phase-detection autofocus system. This comes with several functionalities such as Eye-AF, Real-Time Tracking AF and Touch Tracking via its rear LCD screen. The camera is the first from the Cinema Line series to be equipped with a 5-axis on-sensor image stabilisation system (IBIS), which can be further enhanced with digital stabilisation by activating the onboard Active Mode. However, the company noted that the mode is only available for low frame rate video recording. 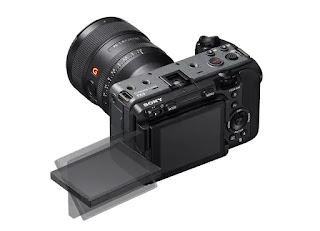 Despite its slight resemblance to the A7C (or rather, a bulkier version of it), the Sony FX3 Cinema Line does not include an electronic viewfinder – somewhat reminiscent of the brand’s older NEX mirrorless camera models instead. For image framing, the new camera relies on a tilt-swivel 1.44 million-dot LCD screen on its back, which also enables for touch-based autofocus control, selection and tracking. Sony says that its body is supported by stainless steel substructure, making it sturdy enough to handle challenging situations. It is also noted to be dust and moisture resistant to an extent, although no IP rating was provided. 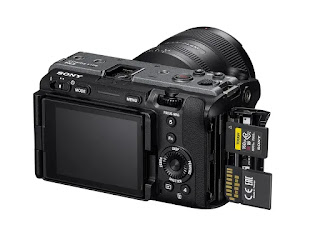 Other than that, the camera comes with five 1/4-20 inch UNC thread holes on its upper body for mounting external peripherals, one USB-C port, a microUSB port, 3.5mm headphone jack, and a full size HDMI Type-A port. It is also worth noting that the USB-C port can be utilised to keep the device powered for extended periods. Storage-wise, the FX3 features dual CFexpress Type A and SD memory card slots.
Sony has confirmed that the new FX3 Cinema Line is expected to arrive in Malaysia this May. The camera will be sold at a recommended retail price of RM18,999 – a tad higher than the Sony A7S III (currently at RM16,599), but still considerably affordable than the other devices in the brand’s Cinema Line series.
at February 23, 2021
Email ThisBlogThis!Share to TwitterShare to FacebookShare to Pinterest
Labels: Arriving, Cinema, InMalaysia, LineCamera, SonyFx3, ThisMay