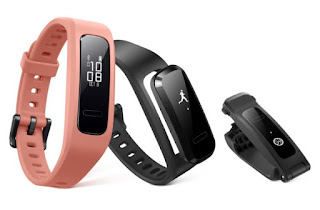 Huawei recently announced that the company will be expanding its wearable offerings later this month with Huawei Band 4e. Even though it can be easily deemed as a lower-end variant of the existing Huawei Band 4, the Band 4e brings something different to the table through its physical design principle.
Specifically, users can detach the body of the Band 4e from its wrist band, clip it to their shoes and utilise the fitness tracker as either running, basketball, or cycling sensor. For runners out there, they will be able to receive detailed information regarding their running form and more based on the insights provided by the Chinese Institute of Sport Science. 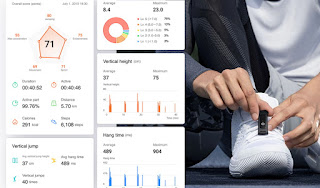 As most fitness trackers out there, users can also utilise the Band 4e to monitor their sleep but unfortunately, it does not come with a heart rate sensor. Equipped with a 0.5-inch PMOLED monochrome touchscreen, the Band 4e offers water resistance rate of 5ATM alongside battery life of up to 2 weeks.

Price-wise, the Band 4e can be obtained at RM 119 although one can purchase it for much less at RM 69 on the tracker’s launch day which will take place on 19 February. This offer will be made available through Huawei Malaysia’s online store as well as its official Lazada store.

at February 16, 2021
Email ThisBlogThis!Share to TwitterShare to FacebookShare to Pinterest
Labels: Band4e, Huawei